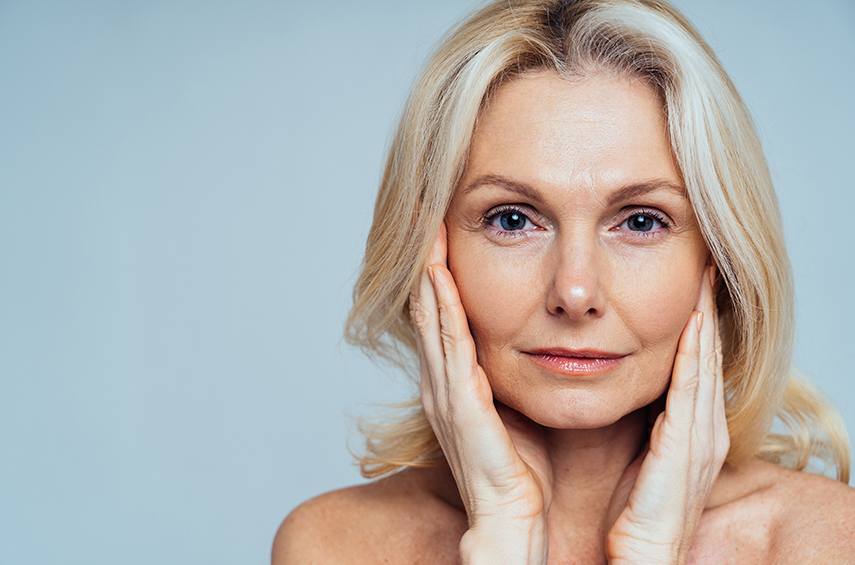 What do they mean when they say ‘beauty’ over ‘ageing’?

Ageing gracefully is about choosing graceful beauty, every decade of a women’s life sees structural changes of the face from the skin down to the bone. For instance, attempting to restore a 50-year-old woman’s face to look like her 20-year-old daughter would seem unharmonious as it disrespects the anatomical changes that a woman’s face is going through.

We believe that plastic surgery should enhance the beauty that our patients already have. At Southern Aesthetics, we ensure that when our patients undergo plastic surgery, it assists in helping them age more gracefully whilst maintaining their youthful beauty.

Here are the most common types of plastic surgery that enhance facial beauty:

A facelift surgery is an operation that tightens facial skin and the underlying muscles. Facelift is a term used to describe a combination of procedures including cheek, eyelid surgery, brow, and neck lift. All these surgeries can be performed separately or together.

A browlift re-positions and recontours the eyebrows so that they youthfully frame the eyes. A browlift is the term given for many different operations that enhance the appearance of the forehead, eyebrows, and eyes by smoothing wrinkles, repositioning, and reshaping the eyebrows and lifting heavy skin and the outer corner of the eyes.

Eyelid surgery addresses the aging of the eyelids, which can improve vision and provide a fresher, brighter and more youthful appearance. The signs of ageing around the eye are anatomically complex, however they can display a dramatic and impressive improvement with surgery.

Neck lift surgery elevates and tightens the skins and the underlying platysma muscle to restore the youthful angle of your neck and sharpen the jawline. All necks age with time, and some age more quickly, which can seem out of proportion with the person’s character. A neck lift is often performed in unison with a facelift to maximise the patient’s improvement in their appearance.

For more information regarding beauty enhancements with plastic surgery, contact Southern Aesthetics, the finest plastic surgeon The Shire locals can trust, on 02 9186 8105. 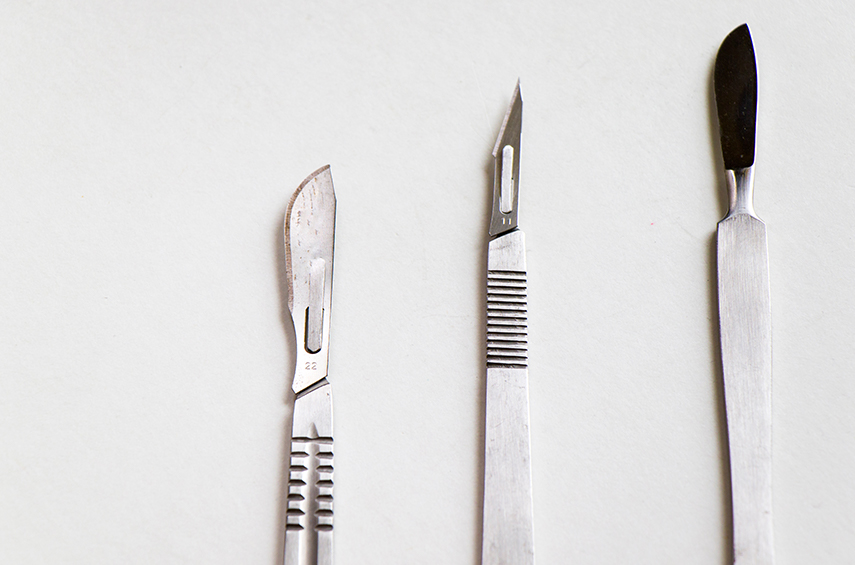 The History of Plastic Surgery

The plastic surgery procedures that we see in modern day medicine have evolved over thousands of years. We have witnessed the enhancement of technologies, and the fine tuning of operations.

Here is an overview of the rich history of plastic surgery:

Plastic surgery is at least as old as Ancient Egypt, it came prior to things like anaesthesia and antiseptics by several periods. The Edwin Smith Papyrus is the oldest known medical text that discusses surgical reconstructive procedures after trauma. The reconstructive efforts of the ancient Egyptians gave birth to rhinoplasty, and therefore the text is usually considered to contain the earliest known mention of plastic surgery.

Plastic surgery operations have been present for thousands of years to reconstruct people’s faces after trauma. However, the specialty became better defined during World War I and World War II, to help give soldiers back their dignity by restoring the appearance of their face and functioning of their limbs. From this era came the idea that plastic surgery restores body positivity and confidence by improving function as well as appearance.

Many of the modern operations that are undertaken to improve appearance were also born out of operations to reconstruct cancer and trauma. For example, fat grafting was initially devised to fill the defects in peoples faces after explosions had caused major damage to their facial features. In modern plastic surgery, fat grafting is used to enhance women’s breasts, buttocks and faces.

Plastic surgery really started to transform in the 1960’s and the 1970’s, as there were many significant scientific developments during this time. Silicone was a newly found substance that was growing in popularity as a staple for particular plastic surgery procedures. Initially, silicone was used to treat skin imperfections, then, in 1962, Dr. Thomas Cronin created and unveiled a new breast implant devise that was made from silicone. Over the next decade or so, silicone implants continued to be developed for use in various parts of the face and body.

It was in the 2000’s that cosmetic surgery saw a rise in popularity, and medical advances have made impossible procedures possible. Due to modern day communications and technologies, we are now able to view information about any kind of plastic surgery procedures from the comfort of our own homes. Currently, the most current trend in plastic surgery is to move towards less invasive procedures designed to warn off any visible signs of aging, including the use of facial wrinkle fillers, most notably, Botox. 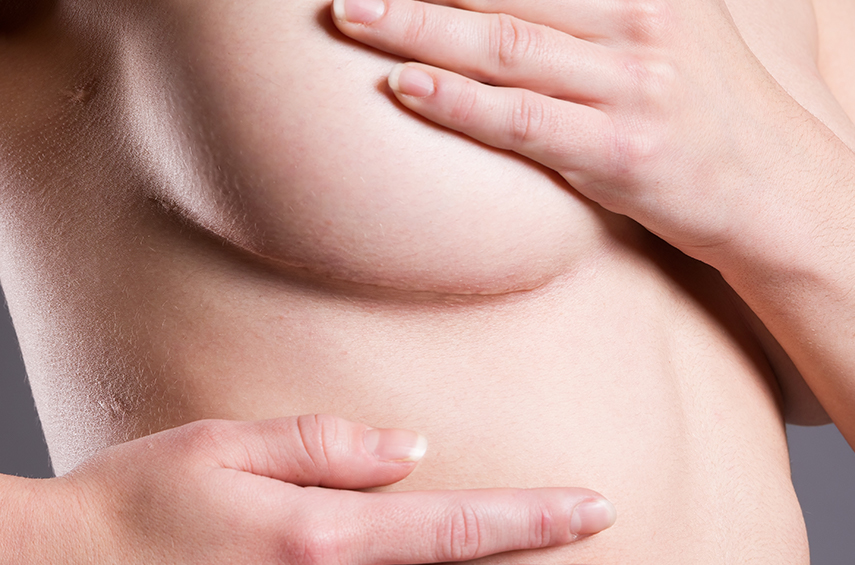 Can I get rid of my breast lift scars?

The one long term issue that concerns patients thinking about breast surgery is the scaring. Scars after breast lifts will always be present and never completely disappear. However, there are modern creams and techniques that can be used in order for the scars to become barely visible.

How can I reduce scaring after breast augmentation?

First and foremost, it is vital that you carefully consider your choice of surgeon. An experienced surgeon will have good surgical techniques that will reduce the risk of complications known to cause scaring. By choosing a specialist plastic surgeon, you are receiving the very best in surgical techniques and materials, as well as proper guidance and advice on how to look after your wounds post-surgery.

Use Silicone Sheets and Scar Gels

Silicon sheets help hydrate recent incisions. Silicone scar gel and sheets have significant evidence to show they reduce scarring by flattening scars and reducing their redness. Silicone sheets are recommended in non hairy areas that are flat as they gently stick and contour to the wound. They can be used to reduce itchiness and pain right after surgery, and you can continue to use them for a few months.

Scar gels are silicone-based products that can be used without bandages. You can use these after the incisions heal. The main purpose of scar gels is to help reduce the size and colouring of the scars. They are colourless and have a texture similar to baby oil.

For scars that are looking thick and pink, we can offer a course of steroid injections or provide referral to an expert dermatologist that offers laser scar management.

At Southern Aesthetics, our specialist plastic surgeon offers the highest level of skills and training in  breast augmentation surgery Sydney locals can trust.  Our surgeon Dr Amira Sanki has extensive experience and training in breast augmentation, including the most advanced and up to date techniques. She is devoted to providing her patients with the safest and best treatments available.

For more information contact Southern Aesthetics on 02 9186 8105 and one of our friendly staff will be able to assist.

Stilll unsure about whether plastic surgery is right for you?

Our experienced team are at hand to help you. Please send us an EMAIL or CALL us right now to
find out more information about our procedures and our practice.